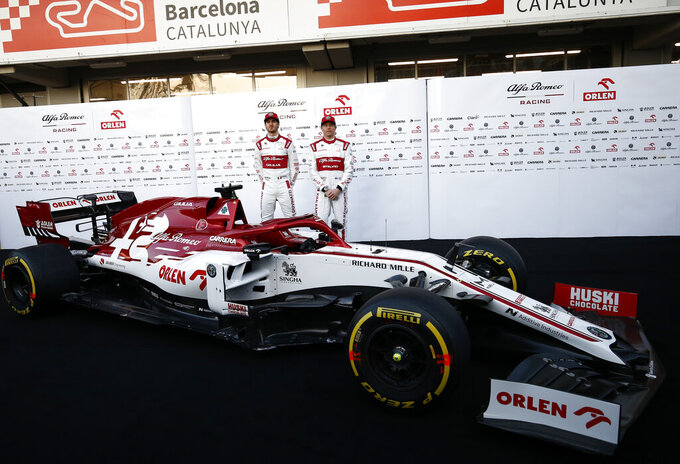 MONTMELÓ, Spain (AP) — Formula One teams Alfa Romeo and Haas unveiled their cars for the new season on Wednesday.

“We expect to improve on what we achieved last season, to make a step forward and hopefully be able to fight for the position at the top of the midfield,” technical director Jan Monchaux said.

Robert Kubica, who has joined the team as a reserve driver, will start preseason testing early on Wednesday, with Giovinazzi taking over in the afternoon.

Raikkonen will get his turn on Thursday. The 2007 F1 champion finished 12th in the standings last season. Giovinazzi was 17th.

Haas is looking to rebound from a disappointing 2019 season, when Magnussen finished 16th and Grosjean 18th among the 20 drivers.

Magnussen will drive on Wednesday, with Grosjean taking over on Thursday.

Both teams are trying to challenge McLaren's place as the next-best team after front-runners Mercedes, Ferrari and Red Bull.