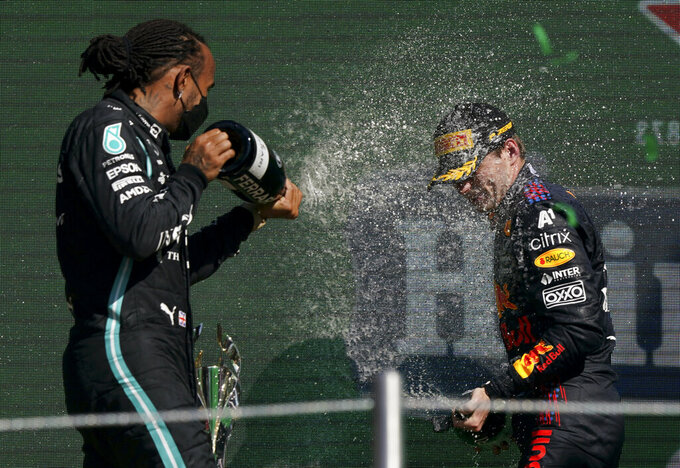 Last race: Max Verstappen passed Mercedes teammates Valtteri Bottas and Lewis Hamilton on the opening lap in Mexico and went on to win by more than 16 seconds over Hamilton to extend his championship points lead.

Fast facts: Verstappen's victory was his ninth of the season — in 18 races — and 10th in the last 19. The streak has come after he ended an 11-race winless streak. ... He extended his points lead over seven-time champion Hamilton, the race runner-up, to 19 points with four races remaining. ... Verstappen has led 569 laps this season. Hamilton is next with 154.

Last race: Daniel Hemric made the first victory of his career a monumental one, beating reigning champion Austin Cindric to win the championship.