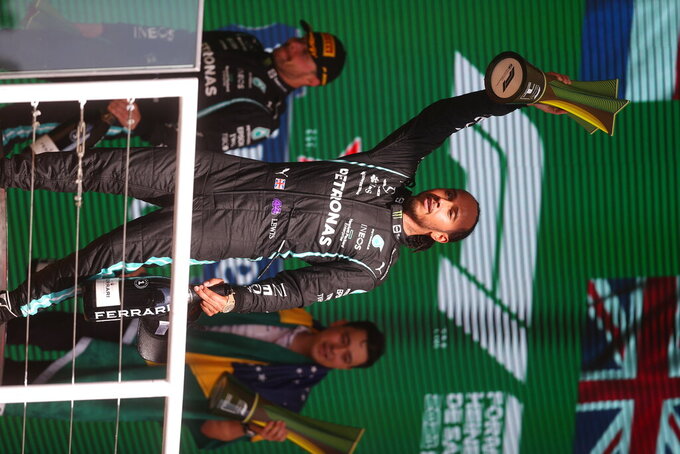 Last year: Did not race.

Fast facts: The victory moved the seven-time series champion to within 14 points of Verstappen, the race runner-up, with three races remaining. ... It was Hamilton’s sixth victory of the season. Verstappen leads with nine wins through 19 races. ... Hamilton was forced to start the sprint race from last place after being disqualified from Friday’s qualifying session due to a technical infringement by Mercedes. He was penalized again — and sent to 10th on the grid — for undoing his seat belts on the track.

Last race: Daniel Hemric made the first victory of his career a good one, beating reigning champion Austin Cindric to win the championship.