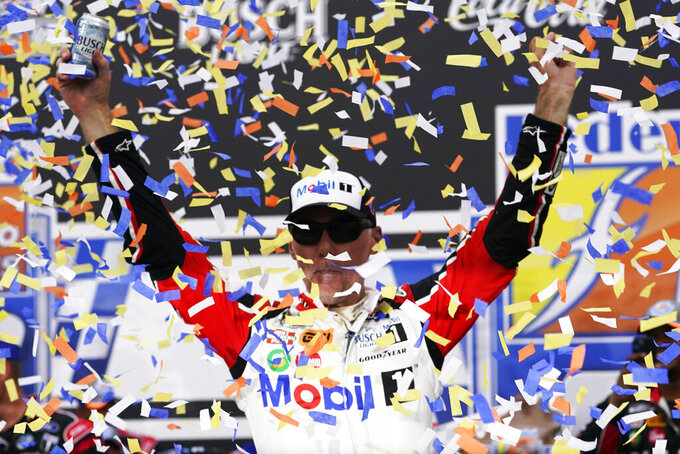 Go Bowling at the Glen

Last race: Kevin Harvick may have stamped himself as the driver to beat in the upcoming playoffs, taking the lead with 66 laps to go and winning at Richmond for his second consecutive victory.

Fast facts: Harvick had gone 65 races without a victory before winning at Michigan. ... His victory was the 60th of his career, tying him with Kyle Busch for ninth all-time and the most among active drivers. ... Ryan Blaney finished behind Martin Truex Jr., but increased his lead from 19 to 26 points in the standings because of stage points. ... Chase Elliott leads Blaney by 116 ponts, Larson by 137, Truex by 142 and Ross Chastain by 143 with two races left in the regular season.

Last race: Gibbs grabbed the lead to start the final stage and held it throughout the stage-long green-flag run at Michigan for his series-best fifth victory of the season.

Fast facts: The top seven drivers in the standings have all won at least one race ... Points leader A.J. Allendinger has finished in the top 10 in 18 of 21 races, three more than anyone else. ... Allmendinger leads Justin Allgaier by 19 points and Gibbs by 28 in the season standings. No one else is close.

Last race: Chandler Smith led the final 175 of 250 laps at Richmond to win for the third time this season and assure himself of a spot in round two of the playoffs.

Last race: Defending series champion Max Verstappen overcame a spin and his worst starting spot of the season to win the Hungarian Grand Prix, his second victory in a row and eighth in 13 races, stretching his championship lead.

Last race: Scott Dixon beat Scott McLaughlin in a two-lap dash to the finish in Nashville’s IndyCar debut to win for the 53rd time, breaking a tie with Mario Andretti for second wins in a career. He also jumped to second in the points race as he pursues a seventh series title that would tie A.J. Foyt’s career record.