AUTO RACING: From small to big: 'Dega is next for NASCAR 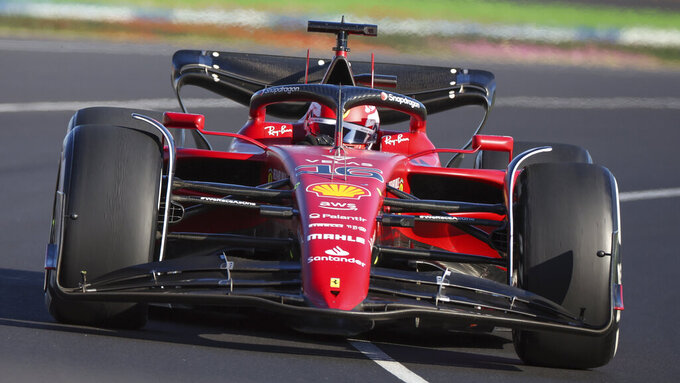 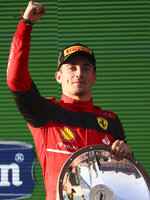 Last race: Kyle Busch grabbed the lead when leader Tyler Reddick and second-place Chase Briscoe made contact and spun in the final turn on the dirt at Bristol.

Fast facts: Busch beat Reddick to the checkered flag by 0.330 seconds to become the eighth different winner in nine races this season. It was his 60th career victory, ninth-best for a career, and tied him with Richard Petty for 18 seasons with at least one win. ... The top three in the points standings — Chase Elliott, Ryan Blaney and Joey Logano — are winless. ... The range of winners in the point standings goes from fourth-place William Byron, the only two-time winner thus far this season, to 23rd-place Denny Hamlin.

Next race: May 1, Dover, Delaware.

Last race: Brandon Jones passed teammate Ty Gibbs at the start of a second overtime and won at Martinsville.

Fast facts: Jones' victory gave Toyota a series-best four wins through eight races, all by Joe Gibbs Racing; Gibbs has the other three. ... A.J. Allmendinger, with top-10 runs in every race, leads Gibbs by 20 in the standings. ... Third-place Noah Gragson and Allmendinger share the lead with five top-fives each.

Last race: Defending series Ben Rhodes went from third to first by diving to the bottom and won on the dirt at Bristol, his first victory of the season.

Last race: Charles LeClerc kept up his hot start for Ferrari, winning the pole and then his second race of the year by more than 20 seconds in Australia.

Fast facts: LeClerc has also won two poles in three races and has a 34-point lead over George Russell of Mercedes and a 38-point edge over Ferrari teammate Carlos Sainz Jr. ... His “grand slam” for winning the pole, leading every lap and posting the fastest lap was the first for Ferrari since 2010. ... Verstappen, the defending series champion, was forced out of the race with a blown engine while running second and dropped to sixth in the points race, one spot behind seven-time series champ Lewis Hamilton.

Last race: : Josef Newgarden won for the first time on the downtown streets of Long Beach, holding off Romain Grosjean to give Team Penske three trips to Victory Lane in three races to open the IndyCar season.

Next race: May 1, Birmingham, Alabama.