Bell to commentate and race on same day in different states 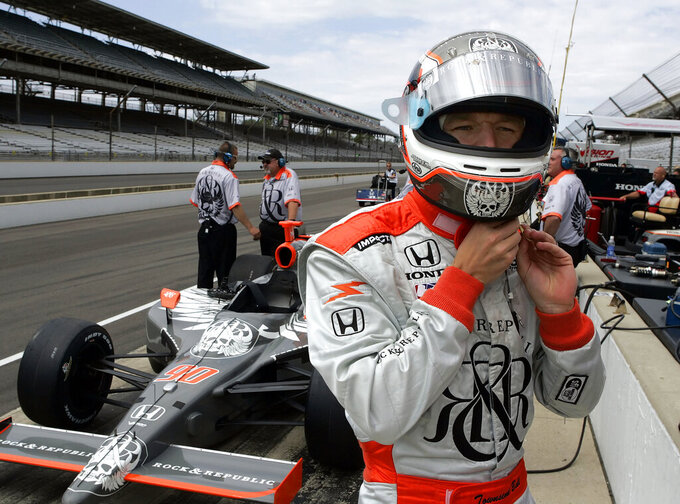 INDIANAPOLIS (AP) — Townsend Bell is putting his own unique twist on “double duty” this weekend by calling the IndyCar race at Indianapolis Motor Speedway before jetting to Florida to compete in the IMSA sports car race.

The daunting task began Thursday when the NBC Sports analyst flew from California to Daytona International Speedway for a Friday night practice with his AIM Vasser Sullivan team. His itinerary has him then driving 68 miles to the airport in Orlando, where he will board a $69 one-way flight to Cincinnati.

Bell will drive from Cincinnati to Indianapolis, where he is due at the track at 9 a.m. Saturday for his broadcasting duties. When the IndyCar race ends, a police escort will take him and car owners Jimmy Vasser and James Sullivan to a chartered plane to make it back to Daytona for the 6:10 p.m. start.

“For the love of the game," Bell joked Thursday.

Bell will not be part of NBC's broadcast team Friday when IndyCar has scheduled practice and qualifying. The network has its broadcast booth for IndyCar on site at Indianapolis but its NASCAR team will call its portion of the weekend from Charlotte, North Carolina. The IMSA event, only the second of the season because of the coronavirus pandemic, will be aired on NBC Sports.

“I am pulling off something I’ve never tried before, which is commentating and racing on the same day in two different locations,” Bell said. "I’m not sure if anybody has ever done that type of double, but we’re going to give it our best shot.

“Big thanks to all of our colleagues at NBC for making this happen and allowing me to have my own version of a motorsports rager this weekend.”