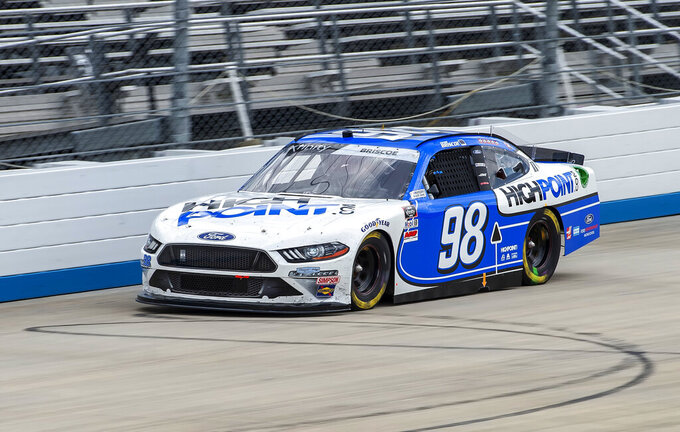 Briscoe won five of the first 13 races this season but was winless in the last seven. That streak ended at Dover not long after Briscoe called his wife, Marissa, and said he would win the race. He went out and delivered in what he called his best Ford of the season.

“I’ve always wanted to win at Dover. This one of those driver’s racetracks,” Briscoe said.

Briscoe won for the eighth time in his career and has positioned himself as a serious contender to win the second-tier NASCAR championship.

His victory came in a backup car after a wreck Saturday in the first Xfinity race of the weekend and he was dropped to the rear of the field to start Sunday’s race. Briscoe powered through in the No. 98 Ford to win the second stage and held on down the stretch to take the checkered flag at the Monster Mile.

“I told her today I was so mad after yesterday I had to go win,” Briscoe said. “Pretty cool to win here in a backup. We haven’t won in a month and a half but it feels like five years.”

Marissa Briscoe tweeted of the call: “Bring it home babe!!”

“When we win, we’re going to win a lot,” Chastain said.