Busch: JGR "not close enough" to the dominant Hendrick cars 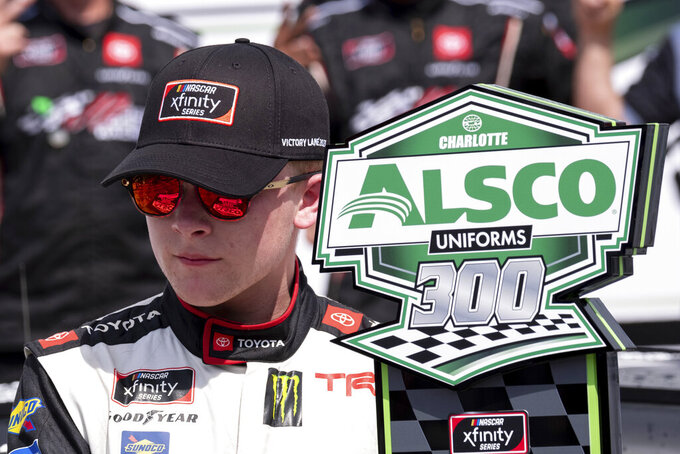 CONCORD, N.C. (AP) — Kyle Busch took some comfort away from his Coca-Cola 600 finish: At least he beat two of the four drivers at dominant Rick Hendrick Motorsports.

Busch, the two-time NASCAR Cup Series champion, was the only one who consistently ran with the dominant Hendrick teams Sunday night at Charlotte Motor Speedway.

Busch said the cars at Joe Gibbs Racing “is not close enough. On a one-to-10 (scale), if Larson was a 10 tonight, we're about a seven, so we've got some work to do.”

Busch said his No. 18 Joe Gibbs Racing machine needed more raw speed to compete for the top. “They were fast. They look good under the hood,” Busch said of his fast competitors.

The top-five finish continued a strong stretch for the 2015 and 2019 series winner. It was the third time he'd finished third or better in his last five events, following his fist win of the season at Kansas and a third at Darlington Raceway earlier this month.

“We've had some really strong runs. We've been fast this year, but haven't gotten some of the finishes that we deserve with that,” Busch said.

Busch loved his car. When he spoke with his crew chief, Ben Beshore, before pit stops and was asked what he thought the Toyota needed, Busch mostly shrugged his shoulders.

Where Busch thought he slipped up was in qualifying where he ended 20th and was forced to fight his way to the front the first part of the race.

Once there, Busch put some pressure on the Hendrick drivers. He led one of the 400 laps and continually wormed his between the drivers.

Busch said the Hendrick teams did their work in the offseason to increase their speed. “They've also plugged in a superstar driver (Larson) into one of their cars,” he said. “Chase (Elliott) is no slouch and the others are rally good. But Kyle's arguably one of the best.”

Busch waited as Larson drove his car into victory lane and gave him a thumbs up.

Busch's teammates had their problems at Charlotte. Denny Hamlin, the points leader, was seventh and couldn't find the rest combination to contend. Christopher Bell was 24th and Martin Truex Jr., a two-time Coca-Cola 600 winner, fell to 29th when his crew struggled to get a tire off during a stop.

For Busch, it's hard to take anything too positive away from the team's showing.