City-Madrid can go ahead in England because of exemptions 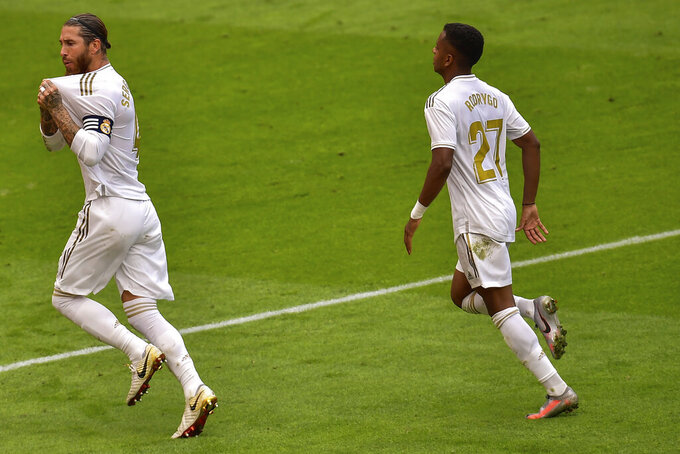 LONDON (AP) — Manchester City can host Real Madrid in the second leg of their last-16 match in the Champions League next month after the British government announced selected sports stars would be exempt from quarantine requirements when competing in the country.

There was a possibility the game might have had to be played in a neutral venue, with current restrictions forcing some travelers to Britain to quarantine for two weeks. That would have left City at a disadvantage, having taken a 2-1 lead from the first leg in Madrid.

However, the new measures announced Sunday by Britain’s culture secretary, Oliver Dowden, allow events like Formula One, international soccer, golf and snooker events to take place in Britain. Competitors involved will be granted quarantine exemptions that will see them living and working in “bubbled” environments behind closed doors as part of stringent protocols to ensure they have a minimal impact on public health during the ongoing coronavirus pandemic.

International cricketers also are now formally exempt, although individual special arrangements have already been made for the touring West Indies and Pakistan teams this summer.

Dowden said “the British summer of sport is back on.”

“I am grateful to the sports governing bodies who have worked closely with us to put in place stringent protocols to ensure these events can go ahead safely,” he said.

“It will mean that fans of the British Grand Prix, international cricket and Champions League football can look forward to yet more sporting action on home soil — a further boost to our national recovery.”

Other people essential to the staging of events such as officials, coaches, medics, mechanics and incoming members of the media will also be permitted to travel without quarantine.

Silverstone is already scheduled to stage two Formula One races, on Aug. 2 and 9.

A six-week swing of European Tour golf events will also be played in Britain starting July 22.