Gragson holds off Burton in OT to win Xfinity at Darlington 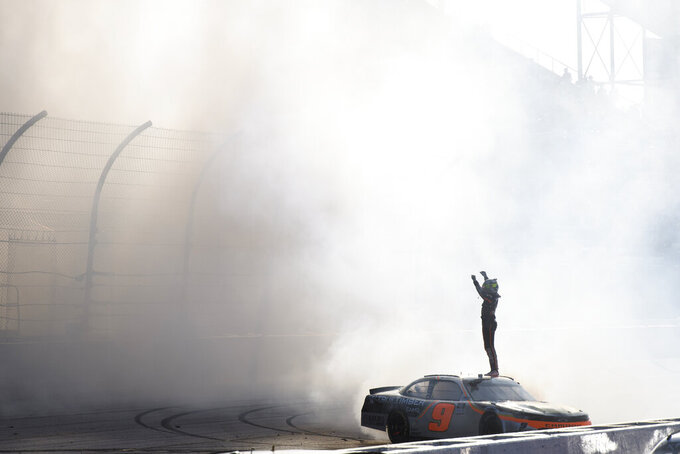 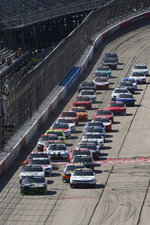 DARLINGTON, S.C. (AP) — Noah Gragson held off Harrison Burton in a two-lap overtime shootout at at Darlington Raceway on Saturday for his first NASCAR Xfinity Series victory of the season.

Gragson began his week by extending his deal to drive the series for JR Motorsports in 2022 and capped it with his third career win — and first ever at the track “Too Tough To Tame.”

“This is Darlington, I can't believe it,” Gragson said.

It looked like no one, including Gragson, would be able to outrun Cup Series star Denny Hamlin late in the race. But a caution came out with 10 laps to go and when Hamlin went into pit, there was a tire already over the wall waiting — a no no in the NASCAR rule book — and he was sent to the back of the those on the lead lap.

Gragson wasn't sure what happened to Hamlin, but thought his team had made the right adjustments on that pit stop to give him the car he needed to compete with Hamlin and anyone else over the final laps.

“Yeah, after that caution if he would have stayed up there, we would've been able to battle, at least had a good shot to win it,” Gragson said.

Two other strong contenders in Daniel Hemric and points leader AJ Allmendinger both fell off in the final stretch. Hemric slid while Allmendinger's car shedded debris that led to the final caution on the 144th of 147 laps and the overtime.

Gragson handled that challenge, too. He shot out in front in the high lane closest to Darlington's famed wall as Burton tried to go low.

Burton pulled alongside Gragson on both overtime laps, but could not move in front.

Cindric thought he had a shot to catch Gragson and Burton, but waited a tick too long in the restart zone in overtime and could not catch up. “That's the name of the game,” he said.

Allmendinger finished 20th while Cindric moved within a point of the standings leader with two races left in the Xfinity regular season.

Hamlin finished 12th after leading 43 laps, the most of any driver. Hamlin, however, gave himself a solid preview of the track — and its repaved and repaired turn two — for Sunday night's Southern 500 and the first NASCAR Cup Series playoff race.

Hamlin is seeded seventh in the 16-man playoff field.

Gragson hadn't won since Bristol in June 2020. After a burnout, Gragson and some of his team members climbed the fence at Darlington to celebrate with fans.

“It has been a long time,” an excited Gragson said.

Daniel Hemric started on the pole and won opening stage when leader Hamlin slid coming to the start-finish line. Hamlin was out front in the second stage and seemed like he was headed to his sixth career Xfinity victory at Darlington before the late pit mistake.

There are two races remaining at Richmond and Bristol before the Xfinity's 12-man playoff begins.