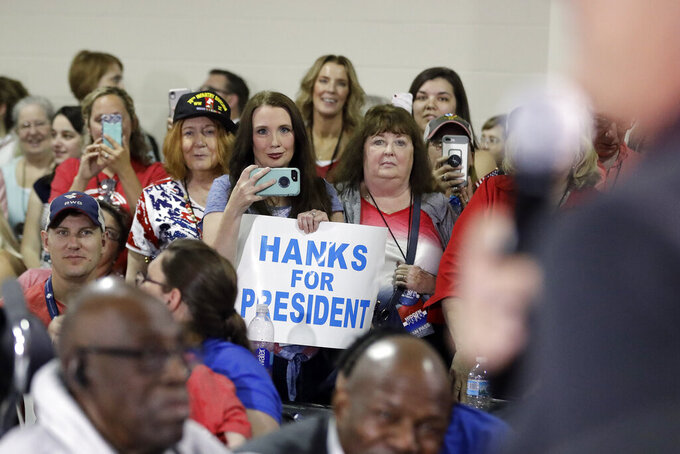 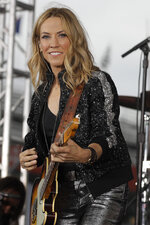 INDIANAPOLIS (AP) — The Latest from media day for Sunday's Indianapolis 500 (all times local):

Four-time Indy 500 winner A.J. Foyt has been given the Pop Dreyer Legends Award from the Dreyer & Reinbold racing team in honor of his contributions to motorsports and the community.

The award was presented by Dreyer & Reinbold owner Dennis Reinbold. He's the grandson of Pop Dreyer, who began working at cars for the 1927 race. He kept working on them through the 1950s.

Foyt got into car ownership after retirement and won the race again in 1999 with Kenny Brack behind the wheel. Matheus Leist will start outside Row 1 for him on Sunday. Tony Kanaan will start 14th.

Danica Patrick prefers being in front of TV cameras over being behind the wheel for this year's Indy 500.

Patrick is back at the Brickyard this year as part of NBC's crew. She is working alongside Mike Tirico as the network broadcasts the race for the first time. ABC had the TV rights until this year.

Patrick said a friend texted her a picture from a year ago, when she was back at the track for her last start as a driver. It was a fond memory for Patrick, who built her reputation largely by what she accomplished in the Indianapolis 500.

It's the first time two people will give the traditional command for drivers to report to their cars.

Iseman called the selection "awesome" and said it will be his first trip to the historic Brickyard. Gbajabiamila, a former NFL player, said he's eager to get an up-close look at the "athleticism" of the drivers.

NBC is televising the race for the first time this year and has put its stamp on the month of May.

Dale Earnhardt Jr., part of Sunday's broadcast team, will be the pace-car driver. Kelly Clarkson, from NBC's "The Voice," will sing the national anthem. The "Today" show did a live broadcast from the track Thursday and Justin Hartley from "This Is Us" waved the green flag May 11 at the IndyCar Grand Prix.

Indianapolis Motor Speedway President Doug Boles said it's "very unlikely" the starting time for Sunday's Indianapolis 500 would be moved up because of the threat of rain.

The race is schedule to begin at 12:45 p.m. Eastern time, about 20 minutes later than last year. Boles was asked about an earlier start to get the race in ahead of possible rain. The Masters golf tournament took that dramatic step for the final round earlier this year.

Boles says such a move is unlikely. He also says the latest the race could start would probably be 6 p.m. because sunset is at 9:02 p.m.. The track does not have lights.

NBC has taken its "Today" show to Indianapolis Motor Speedway as part of its salute to "Hidden Heroes," those people at home who provide help to America's veterans.

Savannah Guthrie and Al Roker were joined by actor Tom Hanks and former Sen. Elizabeth Dole, who has done extensive work with the Hidden Heroes campaign. Sheryl Crow performed on the front stretch.

Asked why the campaign is important, Hanks told The Associated Press: "Because we're always talking about caregivers, you make an assumption that means experts, medical technicians, doctors. But when we talk about these hidden heroes, we're talking about moms and dads, wives and girlfriends, grandparents. Caregivers that are just like you and me."

Hanks said it was his first trip to the Speedway, where the Indy 500 will take place Sunday.

Juncos Racing has signed deals with insurance company NFP and Global Medical Response to sponsor the No. 32 car that Kyle Kaiser will drive in the 103rd running of the Indianapolis 500.

The small team founded by Argentina-born Ricardo Juncos made its Indy 500 debut two years ago with Spencer Pigot and Sebastian Saavedra. Kaiser has been with the team since 2014, beginning in a couple of lower-tier series before spending parts of the past two seasons in IndyCar.

Kaiser bumped the much better-funded McLaren car driven by two-time Formula One champion Fernando Alonso to qualify for this year's race. He will roll off in the 33rd and final spot Sunday.