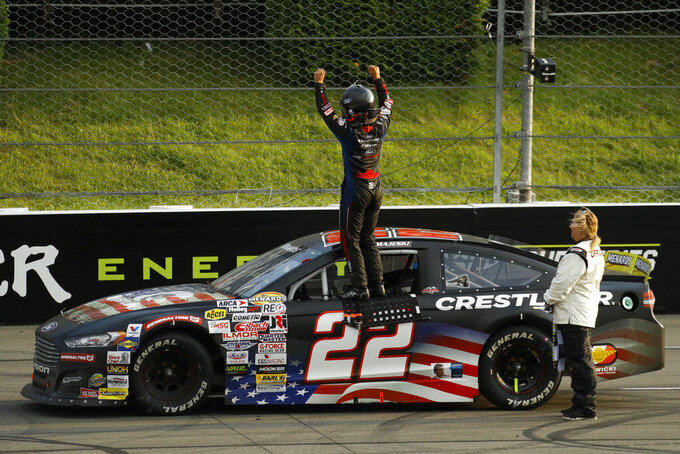 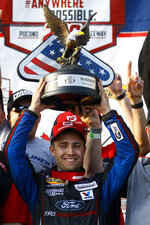 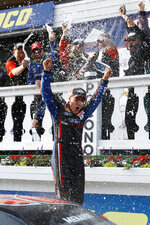 Riley Herbst was unchallenged as he led the first 68 laps of the 80 laps before he yielded first to Majeski on a pit stop and that decided the uneventful race. Majeski won last week at Charlotte Motor Speedway and rallied from fifth in his No. 22 Ford to take the checkered flag at Pocono.

"I made that pass on pit road. I didn't make it on the race track," Majeski said.

Majeski, who drives for Chad Bryant Racing, was in the third race of his six-race commitment to the team. He won eight days earlier at Charlotte when leader Michael Self hit the wall on Lap 85.

"From losing my ride last year to Chad Bryant taking a chance on me, this is so special," Majeski said. "It was just a matter of beating the 18 off pit road on green flag stops. I could get within a couple of car lengths of him and just die."

Herbst finished second, followed by Christian Eckes and Raphael Lessard. Only the top-four drivers finished on the lead lap.

"I just drove as hard as I could there and I really couldn't do anything about it," Herbst said.

Hailie Deegan was seventh , two laps down, as she made her second start of the season in the stock car series. The 17-year-old Deegan has a six-race deal to drive for Venturini Motorsports.