Oh, what a beating! Toyota on a tear entering Cup finale 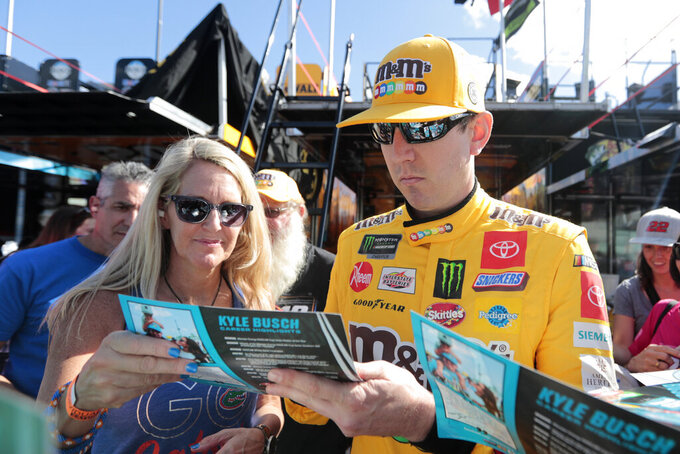 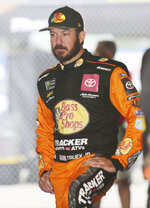 HOMESTEAD, Fla. (AP) — Ed Laukes strolled onto the stage with his chest seemingly puffed out. The Toyota executive corrected the moderator, who shorted the manufacturer one victory this season, and then took a few playful shots at the competition.

Toyota has three of the four drivers vying for the title at Homestead-Miami Speedway, the latest and clearest show of strength for the automaker in NASCAR’s premier series. Toyota has 18 victories in 35 races this season, all of them from Joe Gibbs Racing. The powerhouse program placed Kyle Busch, Denny Hamlin and Martin Truex Jr. in the final four.

“It’s a huge deal for the company, absolutely,” Laukes said.

“It’s not one, it’s not two, it’s not 10 things,” said David Wilson, president of Toyota Racing Development. “It’s probably a hundred things that have added up. ... It’s the set of rules we have, the work that we’ve done in the simulator and the driver lineup at Joe Gibbs Racing. The three guys that are going to race Sunday are three of the top five or six drivers in this sport.

“So it’s a culmination of all of those things that put us in a good position.”

Chevy was shut out of the finale for the third consecutive year, though hope is on the horizon because of a next-generation car set to debut in 2021.

Toyota’s yearly goal is to put at least two drivers in the championship race. The company has accomplished the feat three straight years, but it raised the bar last week when Hamlin and Busch clinched the last two finale spots. It’s the first time since 2015 that one manufacturer landed three drivers in the finale.

Maybe the most impressive part of Toyota’s tear is that it has just five manufacturer-backed cars in NASCAR’s premier series: four at Gibbs and the No. 95 Toyota, driven by Matt DiBenedetto, for Leavine Family Racing.

“I always thought we should have a proportionate number of drivers or maybe even a market share of drivers,” Wilson said. “I mean, the more the better, right? Circumstantially, it just never happened.”

“We’ve come to realize and re-shape our strategy to where less is more,” Wilson said, adding that Toyota hopes to expand its fleet by 2021. “What doesn’t happen is as we add cars, we don’t add budget. We’re held accountable to a very, very disciplined budget.”

Ford has been able to somewhat keep pace with Toyota thanks to Harvick’s prowess as well as that of Team Penske stars Brad Keselowski and 2018 series champ Joey Logano.

Chevy, meanwhile, has undergone significant change in recent years after the retirement of four-time champion Jeff Gordon and Dale Earnhardt Jr. The bowtie brand also dealt with growing pains while switching from the Chevy SS to the Camaro.

“What’s exciting is at one point Jeff Gordon and Tony Stewart and Dale Earnhardt Jr. were the young guys. We’ve got the young guys now. It’s an amazing thing to watch how they’re progressing.”

Chevy’s issues didn’t stop Laukes from poking fun. The Toyota exec chided Campbell for calling his teams together in Talladega last month for an impromptu meeting in the garage during a rain delay.

“We’re going to be having a secret team meeting at 2 p.m. in the Cup garage,” Laukes said. “Jim, if you see some commotion out there, you’ll know that.”

Laukes took another shot at Chevy later, saying “most of those young drivers have come through our development program.” He was referring to William Byron, who drives for Hendrick Motorsports.

Campbell declined to fire back each time.

“I’ll respond when we have a driver in the finale,” Campbell said.

If Toyota has a say, it could be a long wait.