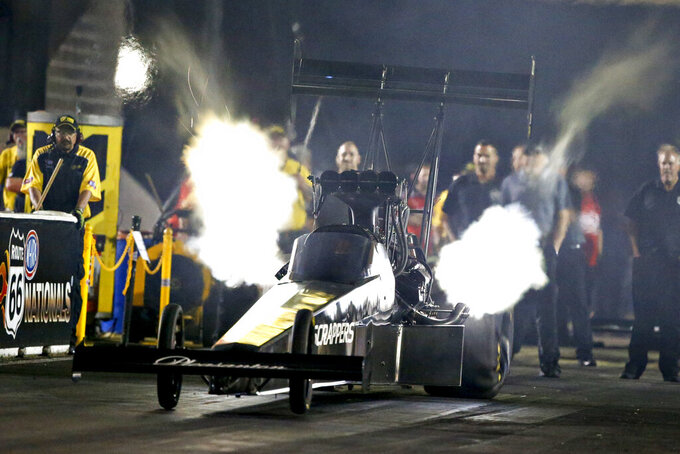 In this photo provided by the NHRA, Mike Salinas drives in Top Fuel qualifying Friday, May 31, 2019, for the Route 66 NHRA Nationals drag races at Route 66 Raceway in Joliet, Ill. (Jerry Foss/NHRA via AP)

Hight claimed his sixth No. 1 qualifier of the season and 66th in his career with a pass of 3.880 seconds at 334.24 mph in a Chevrolet Camaro during the final qualifying session.

"The conditions were there tonight, and we gave it the power and it stuck," Hight said. "It was a great run and I'm loving the conditions we're going to have (Sunday). It's awesome to come to Chicago and see a field like this. There are a lot of good cars here."