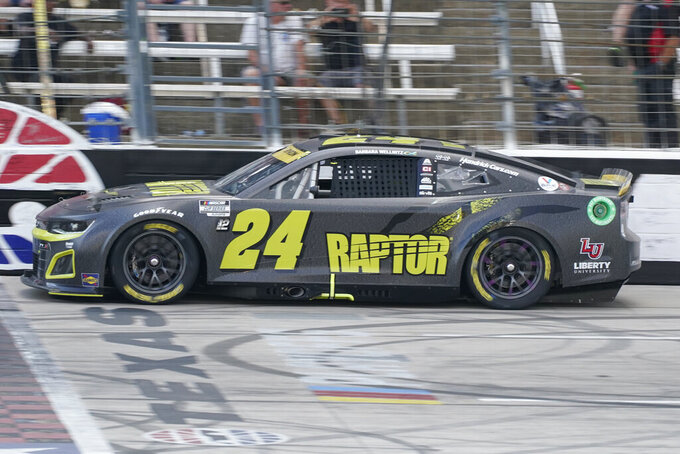 CONCORD, N.C. (AP) — An appeals panel on Thursday reinstated the 25 points William Byron had been docked by NASCAR for deliberately spinning championship rival Denny Hamlin, a critical decision that helps his playoff hopes.

The three-person panel found that Byron did break a NASCAR rule for spinning Hamlin under caution. But Hendrick Motorsports had appealed the NASCAR penalty, which was initially a $50,000 fine and the loss of 25 critical points in the championship race.

The panel instead upped the fine to $100,000 and gave Byron back his points. The favorable ruling moved Byron from below the elimination line headed into Sunday's race at Charlotte Motor Speedway, where the playoff field will be cut from 12 to eight.

The decision from the panel — television executive Hunter Nickell and short track promoters Dale Pinilis and Kevin Whitaker — upended the standings headed into the second elimination race of the playoffs.

Austin Cindric and Chase Briscoe, who were both tied for eighth, both dropped below the cutline. Christopher Bell dropped from 33 points below the cutline to 45 points out, and Daniel Suarez now sits in eighth in the standings.

The controversy surrounding Byron's action at Texas Motor Speedway two weeks ago was because the NASCAR officials in the scoring tower missed the deliberate spin of Hamlin. It was done out of anger under caution; despite the lengthy caution period and massive replay screen in the Texas infield, NASCAR simply missed it and wasn't able to issue an in-race penalty.