Winless Harvick, Hamlin still have a chance at Southern 500 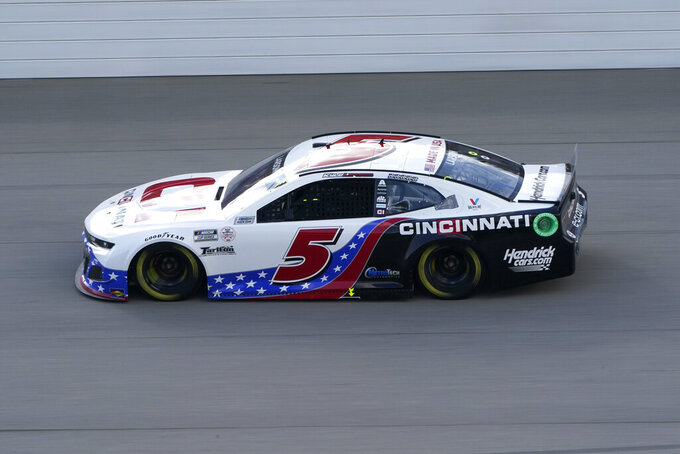 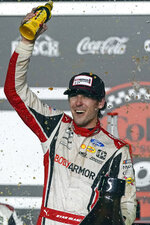 That's certainly the mindset of Kevin Harvick and Denny Hamlin, who enter NASCAR's playoff chase at the Southern 500 without once celebrating in Victory Lane this season. It was Harvick and Hamlin who dominated in 2020, and the pair swept the three events at Darlington Raceway a year ago.

“There's no time like Darlington to get back to winning,” track president Kerry Tharp said.

Harvick and Hamlin hope to break their droughts this week. That could be difficult with the seasons put together by Kyle Larson, Ryan Blaney and Martin Truex Jr.

Harvick won the Southern 500 a year ago, part of his series-best nine victories, and finished fifth in the final standings.

“You obviously want to win, but some years just don’t go exactly how you want them to go and I think those are the years that you’ve got to dig down and do the things that our guys have done this year,” said Harvick, seeded last in the 16-driver playoff field. "So, got to be in it to win it, and we’ve given ourselves a chance and see where it all falls in the end.”

Hamlin was close behind Harvick with seven victories a year ago. Unlike Harvick, Hamlin was part of the final four for the championship but came up short of the title.

Hamlin put himself in position for victories several times this season, finishing with 13 top-fives. It left him seeded seventh and confident he can again make his way into the final four when the season closes at Phoenix in two months.

“Things haven't fallen our way,” Hamlin said. But “we're not going to continue to be up front and not win races. That's going to be a very short-lived story.”

The rest of the field will have a difficult time surpassing Larson. He is one of the top contenders for the series championship after a resurgent performance in his first year with Hendrick Motorsports. Larson has won five times and has 18 top-five finishes.

Larson believes he's got the consistency necessary to win a championship.

“Even when we weren't winning, we were still up front and that's what you've got to do these next 10 weeks,” Larson said.

Things to watch at the Southern 500:

WHO'S THE FAVORITE?: Kyle Larson is a 3-1 favorite to take the Southern 500, according to FanDuel. Martin Truex Jr., the winner of Darlington's May race, is second at 11-2. Two-time series champ Kyle Busch is 13-2 while Denny Hamlin is 8-1 and defending NASCAR champion Chase Elliott is 19-2.

LARSON'S GROWTH: It was a year ago when Larson was on the outside in NASCAR and wondering what his future in the sport might be after he was dismissed from Chip Ganassi Racing for using a racial slur. Larson apologized and vowed to be more mindful of his words. He was hired by Hendrick Motorsports and been part of a dominant season. “I think through all the experience of growing up ultimately made me a better person all around,” Larson said. “It's been a crazy couple of years, but I'm thankful I'm in the opportunity I am now.”

CHASE'S CHASE: Defending series champion Chase Elliott doesn't feel much different entering these playoffs. Elliott said he'll remember how he handled certain situations in the 10-race playoffs when he came out on top. But he hopes to keep the same outlook he's always had in NASCAR. “To me the message is really no different than what it was last year and that’s enjoying those big moments,” Elliott said. “If you don’t enjoy them, you’re not going to thrive in them.”

HOT BLANEY: Ryan Blaney had his Penske race car locked into the playoffs for a while. But his team enters on a tear after winning the past two weeks at Michigan and Daytona. The stretch has his team sky high looking to keep things going at the Southern 500, where Blaney will start on the pole. “We start off Darlington with a bunch of momentum and our heads held high,” Blaney said.

WELCOME BACK: This will be the first race at Darlington without restrictions on crowd size since the COVID-19 pandemic began in 2020. The track hosted NASCAR Cup Series races that May without fans. The last Southern 500 and the event this past May had limitations on fans due the virus. Raceway president Kerry Tharp said fans have been waiting for this return for some time and he expects a big crowd Sunday night.

REPAVED TURN TWO: Since Cup drivers raced here in May, turn two has been repaired and repaved after water seepage had led to continuing issues with the surface. There's no practice or qualifying so most of the field won't know how it drives until starting Sunday night.