5 things to know today - that aren't about the virus 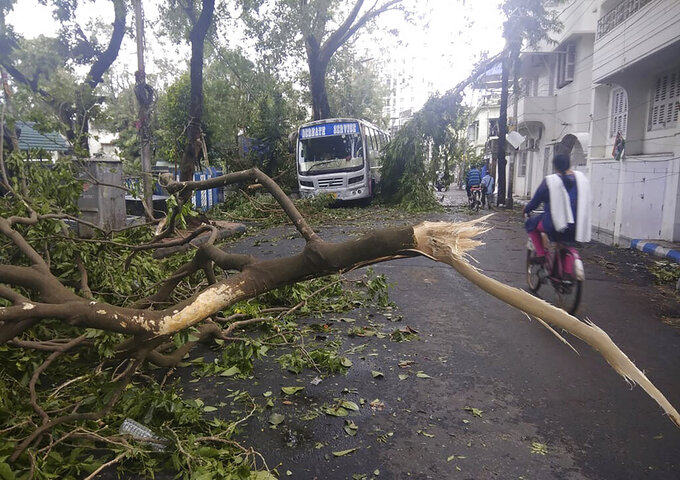 A girl rides a cycle past tree branches that fell after cyclone Amphan hit the region, in Kolkata, India, Thursday, May 21, 2020. A powerful cyclone that slammed into coastal India and Bangladesh has left damage difficult to assess Thursday. (AP Photo/Bikas Das)

Your daily look at nonvirus stories in the news:

1. ‘THEY BEAT ME AND SOLD ME’ Slavery of Yazidi women was strictly mapped out from the earliest days of the formation of the Islamic State militant group, an AP investigation finds.

4. WHO HAS NATION’S BEST BEACH Grayton Beach in the Florida Panhandle was chosen in part because of its sugar-white sand and its clear, emerald-green water.

5. HAMLIN TAKES RARE WEDNESDAY NASCAR RACE The Daytona 500 winner captures the rain-shortened event at Darlington, the first time in NASCAR history that the Cup Series had two points-paying races at the same track in one week.