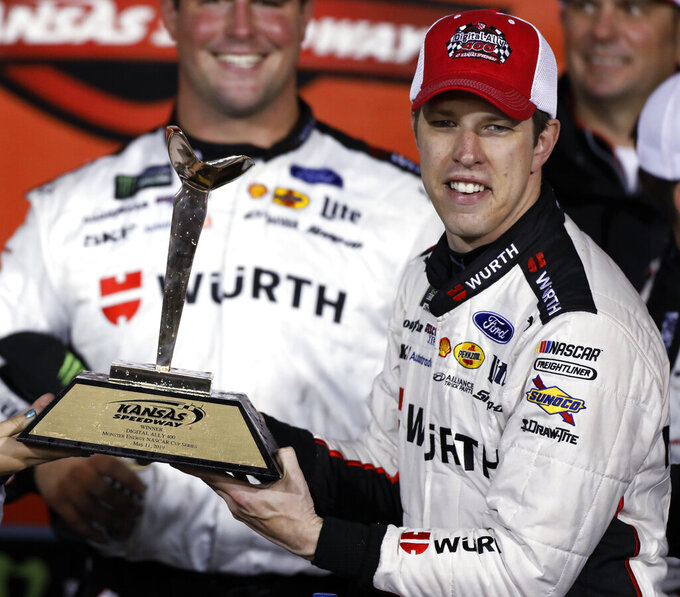 Fast facts: The cars for this weekend's All-Star race will feature two elements that NASCAR might add to the Generation-7 car debuting in 2021. The first is a single-piece carbon fiber splitter/pan, while the second will require cars to be configured with a radiator exit duct through the hood designed to separate aerodynamic performance and engine temperatures. ...The All-Star race will increase from 80 to 85 laps and feature both a 15-lap final stage and a $1 million purse for the winner.

Last race: Christopher Bell won his third race of the season at Dover on May 4.

Fast facts: Chastain's win was his first in 66 starts in a NASCAR truck. He also has 22 top-10 finishes and a pair of poles. ...Last year's victory at the spring race in Charlotte kicked off a two-start winning streak for Sauter. He won the following week at Texas Motor Speedway as well. ...Grant Enfinger enters the weekend with a 13-point lead over defending champion Brett Moffitt.

Last race: Simon Pagenaud won his first race since 2017 on the road course at IMS.

Fast facts: Courtney Force (Funny Car), Tanner Gray (Pro Stock) and LE Tonglet (Pro Stock Motorcycle) are also defending champions in Virginia. ...Pro Stock will be back in action this weekend after a 41-day break. ...Torrence has a 96-point lead over Brittany Force. Doug Kalitta is third, 115 points back of Torrence.