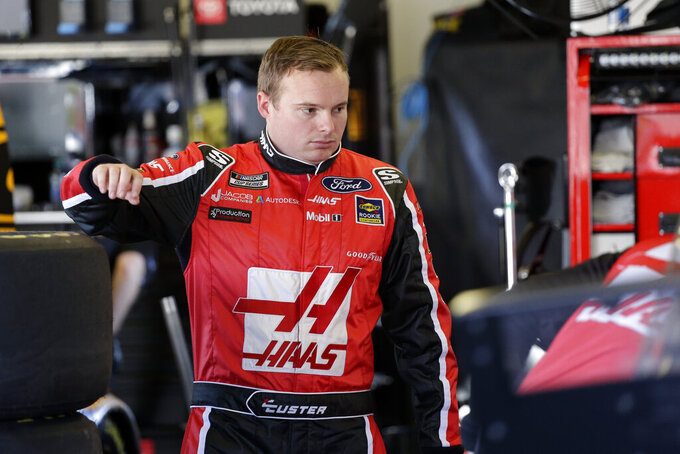 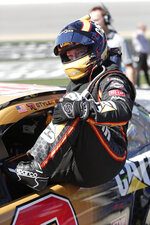 DAYTONA BEACH, Fla. (AP) — Christopher Bell started to unzip his firesuit and attach a microphone at a TV session with Fox when Jimmie Johnson popped by and teased the production team.

"With rookies, you have to put it down the leg personally," Johnson told a staffer.

Bell got a good laugh out of the moment, the seven-time NASCAR champion on the way out of the sport having fun with a rookie touted as one of its brightest future stars.

Tyler Reddick, Cole Custer and Bell were the Big Three of NASCAR's No. 2 series, a trio of drivers pegged as future stars who ran roughshod over the field and raced for the championship.

The next time they go head-to-head-to-head will be at the Daytona 500 on Sunday.

Reddick, Custer and Bell combined for 21 wins of 33 Xfinity Series races last season -- and won nine straight in one stretch - en route to promotions to the Cup Series.

Checkered flags, bragging rights, the rookie of the year award -- and the pressure to keep the high-profile jobs -- are all up for grabs. Each hopes to finish at the top of their class.

Bell, Reddick and Custer are the linchpins of a rookie field that also include Quin Houff, John Hunter Nemechek and Brennan Poole. It's NASCAR's best class in ages and the sport's next big hope that this youth movement will usher in a new generation of future champions and fan favorites.

NASCAR's rookie classes have produced few stars the last several years. Daniel Hemric had only two top-10 finishes last season and finished 25th in the standings driving l for Richard Childress Racing to win the top rookie award in an underwhelming class. His reward? He was dumped by RCR and will run a part-time schedule this season in the Xfinity Series.

Where have you gone Brett Moffitt? The 2015 winner has made just seven Cup starts since he won and none since 2017. Kevin Conway, Andy Lally and Stephen Leicht were among the recent underwhelming winners over the last decade no longer with full-time Cup rides in NASCAR.

The Xfinity Series championship hasn't guaranteed much success, either. Daniel Suarez, the 2016 champion, is already on his third team. 2015 champion Chris Buescher has one, rain-shortened Cup victory and 2017 champion William Byron is 0 for 72 starts.

Trevor Bayne was the last driver to win the Daytona 500 in his first start, and he never won again.

The 24-year-old Reddick won the last two Xfinity Series championships and will drive the No. 8 Chevrolet this season for Richard Childress Racing. Reddick has two Cup starts, including a 27th-place finish for RCR in last season's Daytona 500. He finished ninth in his second race at Kansas.

"You can't make the mistakes that you can normally get away with with a good team in the Xfinty Series," Reddick said. "You can be really fast, but it won't mean you'll win races."

The 25-year-old Bell won the 2017 Truck Series championship and thrived as a developmental driver for Joe Gibbs Racing. JGR's loaded lineup of Cup champions Kyle Busch and Martin Truex Jr., two-time Daytona 500 winner Denny Hamlin and Erik Jones left Bell without a ride. JGR farmed out Bell, who grew up racing on dirt tracks in Oklahoma, to the No. 95 Toyota and Leavine Family Racing.

"I'm just grateful to be along for the ride," Bell said. "Hopefully we can go out there and make everyone proud."

The 22-year-old Custer took Suarez's ride in the No. 41 Ford at Stewart-Haas Racing and has won consistently. The son of Stewart-Haas Racing executive Joe Custer was raised around the racetrack. He started racing when he was 5 and quickly rose through the ranks to the Truck Series. He became the youngest winner in a NASCAR national series race at New Hampshire in his seventh career truck start in 2014. He was 16 years, 7 months, 28 days.

He clearly joins the best team of all the rookies, added to a lineup that includes veterans Kevin Harvick, Aric Almirola and Clint Bowyer.

"I talked with Kevin a lot through my Xfinity stuff and he's been extremely helpful and one of the most helpful people I've ever talked to," Custer said. "But even in our post-practice meeting with Clint and Aric, I ask those guys for advice and they're extremely open also so if I can get advice from any of those guys it's going to be huge."