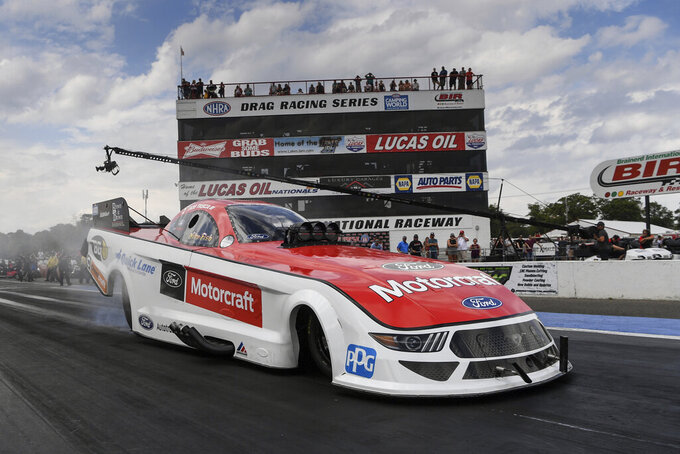 In this photo provided by the NHRA, Funny Car veteran Bob Tasca III cruises in his Mustang to seed himself in the provisional No. 1 spot on Friday, Aug. 20, 2021, at the Lucas Oil NHRA Nationals in Brainerd, Minn. (Jerry Foss/NHRA via AP)

Coming off her first victory of the season Sunday in Topeka, Kansas, Force had a 3.675-second run a track-record 334.98 in the final qualifying session.

“Coming off of that win in Topeka with my dad (John Force) was pretty incredible for all of John Force Racing,” Force said. “We had been chasing that first win all season long and we got it done last weekend. Our plan is to repeat that this weekend in Brainerd. There’s a different energy in the pits after getting a win. There’s no better feeling than winning and that’s why we’re out here.”