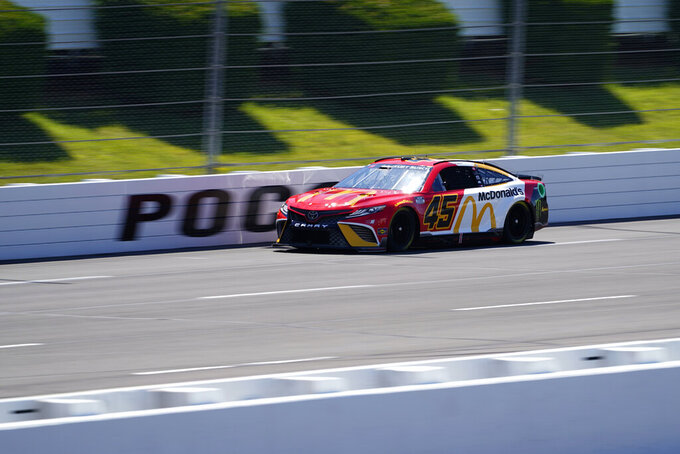 CHARLOTTE, N.C. (AP) — Kurt Busch said Wednesday he pushed himself too hard trying to return to NASCAR competition and will miss his fourth consecutive Cup Series race because of concussion-like symptoms.

Busch has been out since crashing in qualifying on July 23 at Pocono Raceway. He had hoped to be back in the No. 45 Toyota for 23XI Racing on Sunday at Richmond Raceway.

“Brain injury recovery doesn't always take a linear path. I've been feeling well in my recovery, but this week I pushed to get my heart rate and body in a race simulation type environment, and it's clear I'm not ready to be back in the race car,” Busch wrote on Twitter.

“This was by far the hardest week emotionally because I do feel the progression of recovery, but racing requires an extreme physical and mental effort, and my body is not 100% able to sustain the intense race conditions.”

Ty Gibbs will again replace Busch in the car.

Gibbs, the 19-year-old grandson of Joe Gibbs, scored his first career top-10 Cup finish on Sunday when filling in for Busch at Michigan. He has finished 16th, 17th and 10th in his three races as a substitute.

Busch has a waiver to hold his spot in NASCAR’s playoff field should he qualify. He has a spot based on his May victory at Kansas, but he's dropped from 14th to 20th in the standings while sidelined.

Should there be two more first-time Cup winners this season over the next three races, Busch could find himself knocked from one of the 16 playoff spots.