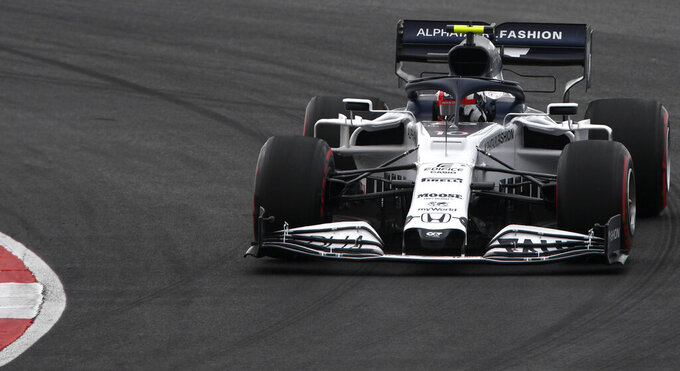 The Frenchman has been one of the best drivers of the season, securing his first win at the Italian Grand Prix on Sept. 6.

AlphaTauri is the feeder team to Red Bull and Gasly had been touted to return there as a replacement for the struggling Alexander Albon in 2021.

Gasly is ninth in the drivers’ standings with 64 points, one behind Albon, and his fifth-place finish at last Sunday’s Portuguese GP was his second-best result of the year.

“I feel we have a very strong relationship, we have managed to take every opportunity that’s come our way,” the 24-year-old Gasly said. “Winning my first Formula One race in Monza was a very special moment for me, and it was made extra sweet to deliver a second win in the team’s history.”

Gasly started his F1 career late in the 2017 season with ToroRosso — as AlphaTauri was formerly known — before earning a promotion to Red Bull in 2019.

Although he was demoted back down midway through last season, he finished second at the Brazilian GP in November.

“I hope he will remain in the Red Bull family for many seasons ahead. Since he came back to the team last year, he consistently showed extremely good performances,” AlphaTauri team principal Franz Tost said. "Pierre has proven to be highly competitive also thanks to his great race craft, extracting the car’s potential at every race.”