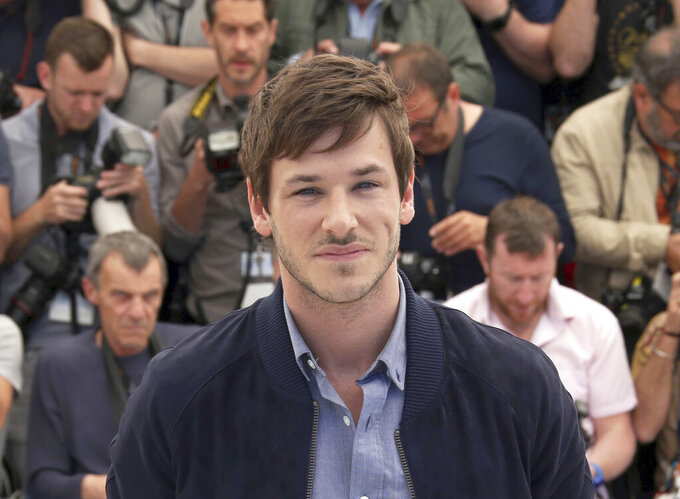 FILE - French actor Gaspard Ulliel appears during a photo call for the film "Juste La Fin Du Monde" (It's Only The End Of The World) at the 69th international film festival, Cannes, southern France on May 19, 2016. Ulliel died Wednesday, Jan. 19, 2022, after a skiing accident in the Alps, according to his agent's office. Ulliel, who was 37, was known for appearing in Chanel perfume ads as well as film and television roles. (AP Photo/Joel Ryan, File) 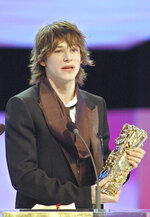 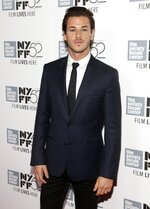 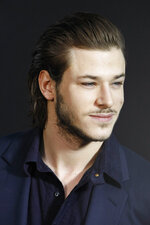 LYON, France (AP) — French actor Gaspard Ulliel, known for appearing in Chanel perfume ads as well as film and television roles, died Wednesday after a skiing accident in the Alps, local authorities said. He was 37.

Ulliel portrayed the young Hannibal Lecter in 2007's “Hannibal Rising” and fashion mogul Yves Saint Laurent in the 2014 biopic “Saint Laurent.” He is also in the upcoming Marvel series “Moon Knight,” and was the advertising face of the Chanel men’s fragrance Bleu de Chanel.

While skiing Tuesday afternoon at La Rosière resort, Ulliel collided with another skier on an intermediate slope after turning left, presumably to join his friends on an adjoining slope, Anne Gaches, the Savoie prosecutor in Albertville, said in a statement Wednesday.

Preliminary findings from an investigation indicated that "both skiers fell to the ground after the collision," the prosecutor said. Ulliel was “motionless and unconscious when rescuers arrived,” while the other skier was unharmed, Gaches said.

The director of the La Rosière resort, Jean Regaldo, told BFM television that Ulliel was not wearing a helmet when rescuers arrived. Helmets are not required on French ski slopes but are strongly recommended.

Regaldo said weather conditions were “perfect” at the time of the accident and that there were no rocks in the area of the collision, which he described as easily accessible.

Ulliel was transported by helicopter to Grenoble University Hospital, where doctors tried to revive him, she said. The actor was pronounced dead Wednesday shortly after 4 p.m., Gaches said.

The office of the actor's agent confirmed that Ulliel died on Wednesday.

Ulliel started performing at age 11, alongside renowned actress Sandrine Bonnaire, and went on to win two of France's top cinema awards, the Cesar. A dog bite on his face at age six left him with a trademark scar.

He played a French revolutionary, a dying playwright, a vanished World War I soldier, a budding serial killer, iconic fashion designer. French President Emmanuel Macron called him “one of the incarnations of French cinema today," and tributes poured in from shocked colleagues and fans around the world.

“On each of his film sets, he left behind the memory of a dedicated worker, always ready to listen, respected by all the teams because he was respectful of everyone,” Macron said in a statement.

Prime Minister Jean Castex tweeted an homage that said, “Gaspard Ulliel grew up with cinema and cinema grew up with him. They loved each other madly."

The House of Chanel said in a statement it has lost its “ambassador of 12 years and a friend.”

“We have been fortunate to have had by our side all these years a person endowed with great culture, an immense talent, and of unparalleled kindness. He will be sorely missed,” Chanel said.

The accident conjured up memories of when Formula One great Michael Schumacher was seriously injured in a 2013 skiing accident in the French ski resort of Meribel, 50 kilometers (30 miles) from where Ulliel was skiing. Both were treated at Grenoble University Hospital.

Schumacher, who was wearing a helmet, suffered serious head injuries when he fell and hit the right side of his head on a rock off the side of a demarcated slope. The German auto racing legend was skiing with his teenage son while on a family vacation in the Alps.

Schumacher, 53, has not been seen in public in eight years, and his family has revealed few details of his condition since the accident. His wife, Corinna, said in a Netflix documentary last year that her husband is “different, but he is here” and that the family, including the couple's son, Mick, now a Formula One driver himself, cares for him.

After Ulliel's accident, the mountain police service for the Rosiere ski area said its personnel have been carrying out five or six rescues per day as the snow hardened in recent days.

In the neighboring Haute-Savoie region, a 5-year-old girl was killed Saturday when a skier crashed into her. The man was handed preliminary manslaughter charges, according to the Haute-Savoie prosecutor, who cited excessive speed as the likely reason for the accident.

Funeral information was not immediately announced. French media reports say Ulliel is survived by a young son from his relationship with French model-actor Gaelle Pietri.

Angela Charlton and Thomas Adamson in Paris and Barbara Surk in Nice contributed.