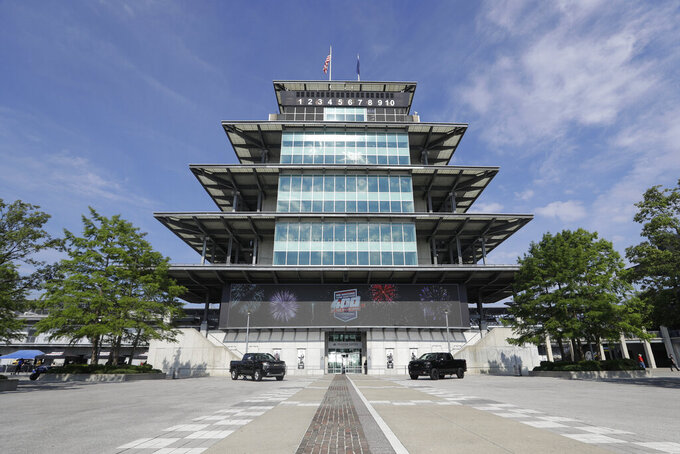 INDIANAPOLIS (AP) — The purists can relax: Roger Penske did not remove troughs from the men's bathrooms at Indianapolis Motor Speedway.

He replaced them, of course, with the shiniest, sleekest basins on the urinal market, thus preserving one of the speedway's treasured if unusual features while still insisting every inch of the facility be brought up to Penske code. It's been six months since Penske completed his purchase of the 111-year-old national landmark, a fixer-upper that he has already lavished with some $15 million worth of improvements.

“It's like you just bought a Ferrari,” said Penske, “but it was rained on.”

Penske gave The Associated Press a two-hour tour of the speedway this week, showing off with dizzying detail the new landscaping, paved lots, planted trees, picnic tables, widened pedestrian paths, hand dryers in every bathroom, improved sight lines, pressure-washed buildings, freshly painted signs and LED monitors everywhere. There is not a lone pièce de résistance; Penske is equally proud of every change, including a 104-by-20-foot video board on the Pagoda, a lift in the winner's circle to raise the winning car and, of course, those old-school troughs.

Two days before the speedway opened for a historic NASCAR-IndyCar doubleheader, the 83-year-old Penske was pushing a car onto the lift as he quadruple-checked its functionality. He went through another dry run of the lift, ensuring it lined up perfectly for post-race celebrations and alerting an employee to some manufacturer stickers he wanted removed lest the public see anything short of a Penske perfect production.

“This is his life's work,” said Chip Ganassi, a longtime rival car owner. “The way he talks about the place, the energy in his voice over every element — this is his Mona Lisa.”

Penske, for the record, is a billionaire transportation titan with a record 18 Indianapolis 500 victories. He has powerhouse teams in both NASCAR and IndyCar, but the latter is now even more of a beloved project. When Tony George approached him last September to inform him the Hulman family was looking to sell the famous speedway, Penske pounced on the once-in-a-lifetime opportunity.

The deal was finalized in six weeks and he got the keys — he literally has a set of keys that opens doors inside the speedway — the first week of January. He was quickly climbing through the grandstands in a freezing Indiana rain as he personally inspected his sprawling new property, one of the most famous sports venues in history.

Penske is meticulous and every element of his operations reflects an immaculate and organized culture. When “The Captain” talks about sprucing up the speedway, he often references Augusta National, home of the Masters and a gold standard among golf tournaments in terms of resources, presentation and hospitality.

It is Penske's expectation that fans will view Indianapolis Motor Speedway with the same level of admiration, awe and respect that Augusta receives.

“It's my job. I'm not looking for a gold star or a blue ribbon, I just want to be sure the guests, the fans that come, ultimately when they can come, will have the experience that I hope they will,” Penske said. “I want to take Indianapolis Motor Speedway to the next level.”

He envisions three IndyCar races a season, a return of Formula One, a crown jewel sports car race and an improved NASCAR weekend that potentially could see the Cup Series shift to the road course and away from the 2.5-mile oval. The platform above the new Pagoda video board is wide enough to fit 18 Indy cars — or a musical act for a concert in the plaza. The monitor itself could be used for a movie night, and Penske said eventually IndyCar races in other cities will be aired on the screen for watch parties.

He knows off the top of his head that 25,000 linear square feet of fencing — almost two laps around the oval — has been erected on the grounds. Penske said 4,000 cans of paint and counting have been used and can point out areas that have been updated. He marvels at the 400,000 square feet of asphalt that has been paved, particularly in lots once notorious muddy messes.

He can spot the new trees on the property and notes that 3 acres of sod were put down. Penske marveled at the immaculate grounds of the Brickyard Crossing golf course on the property, so he put the groundskeeper in charge of the entire place. They temporarily closed the Crossing so energy could be focused on the rest of the grounds in time for this weekend's race; Ganassi said as he flew into Indy, the green grass was what most struck him from his aerial view.

The place looks brand new and yet the work won't stop any time soon. Penske hopes to host 175,000 fans — half of capacity — for the rescheduled Indianapolis 500 next month and he wants them to be wowed. There will be no fans this weekend and even race teams are highly restricted on where they can go.

Mark Miles, the day-to-day head of the speedway, recalled that Penske executive Tim Cindric said “the place looks 25 years younger," which Miles said is an understatement.

“It's not just fresher and younger. There are areas that are just better,” Miles said. “The scale of the improvements, the comprehensiveness of the improvements, is remarkable. But the one thing that is really going to blow people away is the new big board on the back of the Pagoda. The mayor's office downtown can hear the audio system on that. We're looking forward to being able to show these things off.”