NBC's Tirico ready to begin another busy stretch with Derby 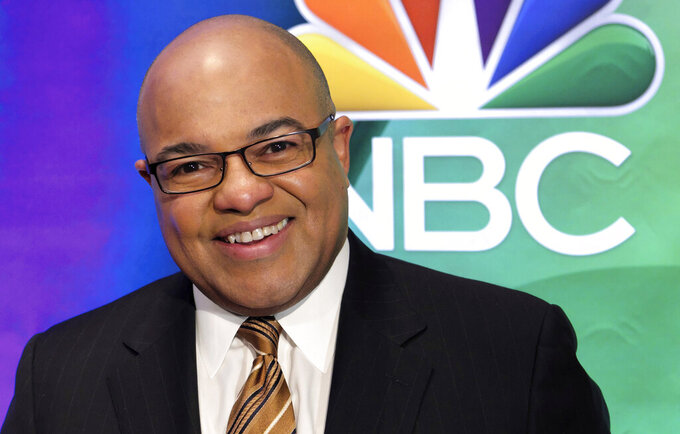 FILE - In this March 2, 2017, file photo, Mike Tirico attends the NBC Universal mid-season press day at the Four Seasons in New York. Tirico will host his fifth Kentucky Derby from Churchill Downs on Saturday, May 7, 2022, which begins a stretch that includes the Triple Crown, Indianapolis 500, the U.S. Open and the British Open. he will then begin preparing for the upcoming NFL season as he takes over as the play-by-play voice for “Sunday Night Football”. (Photo by Charles Sykes/Invision/AP, File)

More than two months after completing one of the busiest schedules in recent memory for a sports television host, Mike Tirico is recharged and ready to go again.

Tirico will host his fifth Kentucky Derby on Saturday, which begins a stretch that includes the Triple Crown, Indianapolis 500, the U.S. Open and the British Open. Tirico will then begin preparing for the upcoming NFL season as he takes over as the play-by-play voice for “Sunday Night Football.”

“People say you need to rest for the football season. You do that all the time,” Tirico said. “To do the Derby, Preakness, Indy and then go to Brookline and St. Andrew's, that's not work. It's still fun. So I am rested, ready to go and looking forward to a great spring and summer.”

Tirico acknowledges his battery needed recharging after the Beijing Winter Games. Hosting an Olympics is one of the toughest tasks out there, but Tirico's was more complicated because he also hosted the Super Bowl from Los Angeles and had a stretch where he logged 12,500 air miles in less than a week.

He anchored primetime coverage from Beijing the first five days before flying back to the U.S. He did three days in Los Angeles and anchored the final week from NBC Sports headquarters in Stamford, Connecticut.

That doesn't even include Tirico hosting the Tokyo Summer Games, calling Notre Dame football and hosting “Football Night in America.”

“I think those two Olympics with the football season in between was a marathon for sure, an ultramarathon in our world,” he said.

While one of the big stories of this year's Derby will be the absence of trainer Bob Baffert, who was suspended after 2021 winner Medina Spirit failed a post-race drug test and was later disqualified, Tirico thinks the other will be the return of full crowds to Churchill Downs for the first time in three years.

“There’s something very special about the two events for us that bookend May — the Derby and the Indy 500 — with full crowds. I think it’s going to be awesome,” Tirico said. “I saw it at Augusta last month for the Masters. It just felt like the Masters again because of the patrons who were there. I think we’re gonna have the same feeling and energy at the Derby and Indy.”

After a busy spring and summer, Tirico will move into the “Sunday Night Football” booth full time, a move that had been expected to eventually happen since he came to NBC from ESPN in 2016. He will call games with Cris Collinsworth after Al Michaels signed with Amazon Prime Video for “Thursday Night Football.”

Tirico was also the play-by-play voice for ESPN's “Monday Night Football” from 2006-15, when he also succeeded Michaels.

“Now I'm back in the stadium, which is where I love to be, especially for football. I’m looking forward to finding next week how the travel is going to look for the season and the places we get to visit,” he said.