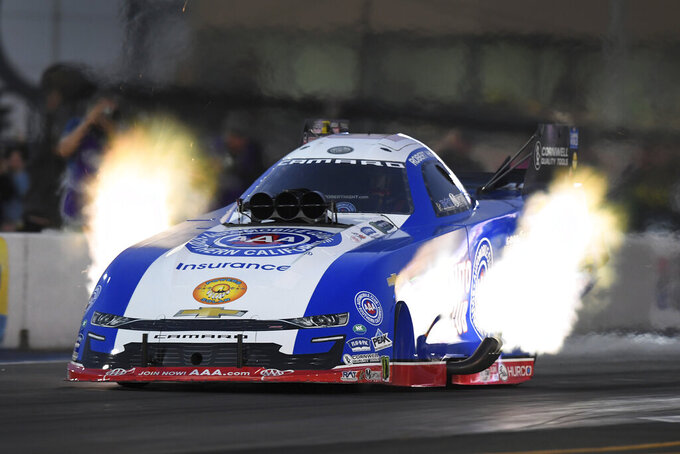 Hight’s run of 3.825 seconds at 332.75 mph in a Chevrolet Camaro held up from Friday night for his third No. 1 qualifier of the season and 74th overall. He has five victories this season, taking the last two events.

“There’s a lot on the line, but we’re going to take it one round at a time,” Hight said. “You’ve got to try to be perfect and you have to be aggressive out there. To win rounds and come out on top, you’ve got to be on edge, and I’ve got the best guys in the world for that. We’re very confident right now because we’ve won the last two races and we qualified No. 1 here, but there’s a lot of good cars right now.”

Sampey set the track time record Saturday, making the third-quickest run in class history with a pass of 6.700 at 200.95 on a Suzuki.