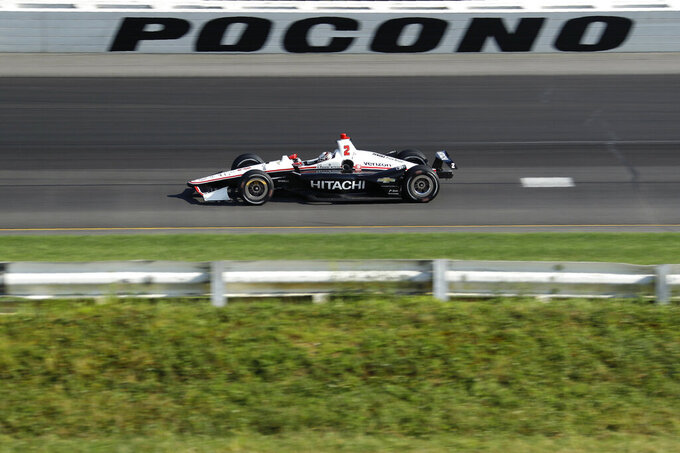 PORTLAND, Oregon (AP) — IndyCar won't return to Pocono Raceway next season and instead will replace the triangular oval with Richmond Raceway on the 2020 schedule announced Sunday.

The series last raced on the Virginia track in 2009 and will make its return on June 27 — the same weekend it used during IndyCar's previous nine-year run at the track.

Pocono's contract expired after last month's race and the Pennsylvania track has been questioned over its compatibility with IndyCar. The championship picture was clouded by a five-car crash on the opening lap in which one driver was evaluated at a hospital after his car sailed into the fence and another driver landed upside-down atop a different car.

Pocono returned to the IndyCar schedule in 2013. Justin Wilson was killed two years later when he was struck in the helmet by debris from another car. Last year, Robert Wickens suffered a spinal cord injury when his car sailed into the fence.

Many called on IndyCar to stop racing at Pocono, and with the contract between the series and the track expiring, no deal was struck by the time the schedule was announced.

"Our partnership with the premier open wheel series in the United States has concluded for now," Pocono CEO Nick Igdalsky said. "It has been a pleasure to work with IndyCar representatives during this honest and candid negotiation. Thank you to all the fans that have supported Pocono over the years. We share in the disappointment of thousands who also dreamed of future open wheel races at 'The Tricky Triangle.'

"A sincere thank you to Mario Andretti, for his years of passionate support. And finally, we thank all the drivers who dazzled us with their talent and heroics, as well as those drivers who spoke in support of Pocono during their recent visit."

The 2020 season will be IndyCar's second full season with NBC Sports Group, which will air eight of the 17 races next year on NBC. The remaining nine races will air on NBCSN. The schedule was released Sunday during NBC's pre-race show before the race at Portland.

IndyCar will open for the 10th consecutive year on the streets of St. Petersburg, Florida, and conclude for the second consecutive year with the championship-deciding finale at the Laguna Seca road course in California.

NBC, like it did in working with NASCAR on the 2020 schedule, asked IndyCar for a break from racing during its August coverage of next year's Olympics. IndyCar will take a three-week break to accommodate the request.

April 26: Circuit of the Americas

May 30: Streets of Detroit

May 31: Streets of Detroit