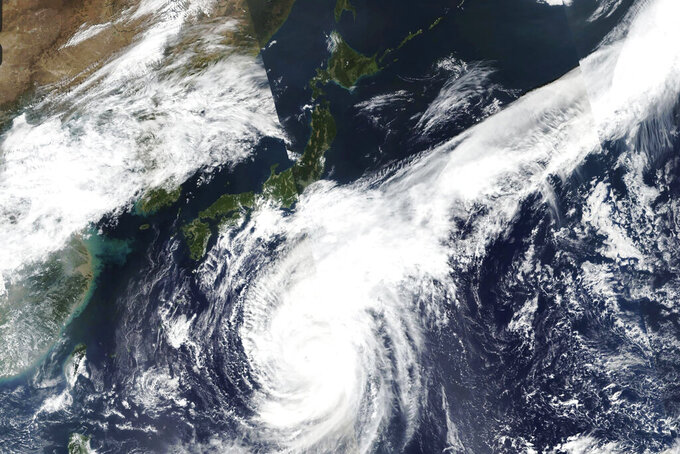 TOKYO (AP) — A powerful typhoon is advancing toward the Tokyo area, where torrential rains are expected this weekend.

The Japan Meteorological Agency said Typhoon Hagibis was in the Pacific advancing north-northwestward toward Japan's main island. Its winds of 180 kilometers per hour (110 mph) with gusts to 250 kph (156 mph) as of Friday morning were expected to weaken before landfall Saturday.

The storm is expected to disrupt sports and holiday events on the three-day weekend that includes Sports Day on Monday. Two Rugby World Cup matches that were to be played Saturday have already been canceled. Qualifying for a Formula One auto racing in Suzuka was pushed to Sunday. And the Defense Ministry cut a three-day annual navy review to just Monday.

The typhoon is spreading fear especially in Chiba, near Tokyo, which was hit by Typhoon Faxai last month and where homes still have damage.

Chiba city distributed sandbags to shield against flooding and urged residents to make sure they have enough food, water and their phones are charged.